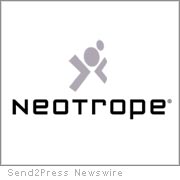 TORRANCE, Calif., Nov. 7, 2008 (SEND2PRESS NEWSWIRE) — Neotrope(R), a brand identity, PR, and marketing firm established Jan. of 1983, has extended the 2009 grant application deadline for non-profit organizations, from Nov. 12th, to Dec. 7th, 2008, due to the recent U.S. elections. The company is donating $25,000 in free public relations and newswire services to worthy smaller non-profit and charitable organizations to celebrate its 25th anniversary. Neotrope previously donated $25K worth of services in 2000, and $22K in 2005; and has provided discounted or free services to various non-profits for more than 20 years.

“We have extended the deadline as we heard from many folks that they ‘just learned about’ the grant once they were done donating time to various candidates in the recent elections,” said Neotrope CEO and co-founder, Christopher Simmons. “We’ve had nearly 200 organizations across the U.S. apply already since mid-October, and this really shows the need for this kind of support for the smaller non-profits.”

Simmons continued, “As mentioned in our October 1st press release, we’ve always taken corporate social responsibility very seriously, and it gives all of us here a warm and fuzzy feeling to do what little we can to give something back to worthwhile causes. We learned many years ago that it was better to donate our expertise than simply writing checks, as it provided more real support for the non-profit org.”

“Many smaller non-profits have been suffering from lower revenues this year, due to the economy; and it’s been harder than ever for some orgs to raise awareness. Hopefully this program, as in past years when we’ve done this, will help.”

Non-profit organizations may apply for the grant through December 7th, 2008 (extended from Nov. 12th). Organizations will be selected based on various factors related to “doing good,” and the amount donated to each selected non-profit will vary. Half of the grants will be provided to California-based non-profits, who will receive additional promotional assistance through California Newswire(R) along with a free eMediaKit(TM). Additionally, all 501(c)(3) organizations automatically qualify for a 20% service discount.

All qualified applicant organizations will be entered into a drawing to win a new One Laptop Per Child (OLPC) notebook which can be used for fund-raising purposes.

The 2009 Neotrope PR grant application can be found at http://www.Send2Press.com/non-profit/index.shtml.

Neotrope, and its division Send2Press Newswire (www.Send2Press.com), have previously sponsored art benefits contributing to aid efforts for the homeless in Chicago, groups providing environmentally sustainable housing in areas of the world where disaster has left people without adequate shelter; and to orgs who raise money for Tanzanian AIDS orphans. Neotrope also sponsors entertainment events as diverse as Apple QuickTime shows, and both-coasts music showcases for indie bands, including the LAMN Jam series presented by the Los Angeles Music Network.

Past recipients of the PR grant program include the Native Voices Foundation: “Thank you so much for putting Native Voices Foundation under your wings and on the U.S. map as never before,” said Suzy Chaffee (“Chapstick”), Olympian, and Co-chair of NVF. “Your encouragement, savvy coaching, and access to the major newspapers in America, has been priceless in getting out our message.”

Since 1983, Neotrope (www.neotrope.com) has been helping small-to-medium businesses and entertainment companies establish their brand and grow revenue. The Neotrope marketing team includes Christopher Laird Simmons, who is an award-winning designer, photographer, musician and digital artist. Other team members include accredited public relations professionals, working journalists and broadcast veterans. Simmons is a member of the Public Relations Society of America (PRSA), Graphic Artists Guild, and ASCAP; and has been working in the P.R. field since 1981. Simmons has been widely interviewed by publications as diverse as Entrepreneur, Chicago Post Tribune, PCWorld, and TrendWatch.

All trademarks are property of their respective owners.

Send2Press(R) is the originating wire service for this story, Copr. 2008.

Move For Hunger Recovers More Food Than Ever Before, Donating Over 4.5 Million Meals to Food Insecure Communities

Announcing Seedling’s Fab Five Winners: Seedling to Honor Winners at 11th Annual April Gala in support of Children who have an Incarcerated Parent