“The team at Neotrope / Send2Press continue to be tremendous partners for our organization and our mission to fight hunger across North America. Their personal service, wealth of experience and overwhelming generosity have allowed us to reach new supporters and increase awareness to our cause. We can’t thank them enough for their invaluable and continued support of our organization.”
Jason Taetsch
– Move for Hunger. (April 2013)

“Neotrope/Send2Press has played an important role in our success in the last couple years. The Neotrope PR Service Grant in 2009 was tremendously helpful in a critical year of our growth. With Neotrope’s help spreading the word for our youth engagement programs, we were able to engage more than 6,000 youth and 1,100 educators in our programs during the 2009-2010 school year. The announcement about our annual Gala in September 2009, which Neotrope assisted us to distribute prior to the event, helped bring an incredibly generous crowd to the event, which raised a record $140,000. We are grateful for Neotrope’s contribution and look forward to growing our partnership.”
Dana Mortenson
– Executive Director, World Savvy. (Feb., 2011) 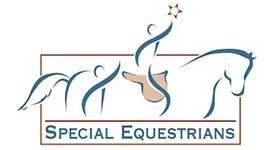 “We have appeared in local print and Websites such as Business Week, and Therapy Times, and even Live Strong — but without a doubt the biggest thrill has been seeing our name published in Frommer’s Guide to 500 Places Where You Can Make a Difference. We had just sent out a press release with Neotrope/Send2Press about volunteers doing projects at our agency during Earth Week, when we received a call from Frommer’s Guides asking if we would like to be included. I said we would be thrilled, and we are. Neotrope has done more to raise our profile than we could have ever imagined, and we thoroughly enjoyed working with them!”
Tammy Westney
– Executive Director, Special Equestrians. (Dec., 2009)

“The customer service at Neotrope/Send2Press is light years ahead of any other newswire or press distribution service I have ever used, and the success of the campaigns we have initiated with them have been impressive. Neotrope has made the process simple for the user, and once I have submitted my press materials, I know I don’t have to worry about another thing. They take care of everything.”
Donna DeDario
– Director of Communications, Starlight Children’s Foundation (Feb., 2009)

“Hi Christopher! This is Tamara from the VOICES Association. We’re one of the non-profits you have chosen to donate services to (for your 22nd anniversary). Just wanted to let you know that we received a great response to our last press release! The press release looks great online, too. We definitely want to purchase your services after your donation (PR grant) of services has expired.”
Tamara Hill
– President, VOICES Association, Inc. (May, 2005)

“Dear Chris and Neotrope/Send2Press Team: Thank you so much for putting Native Voices Foundation under your wings and on the U.S. map as never before. Your savvy coaching, encouragement, and access to all the major newspapers in America, has been priceless in getting out our message of the beautiful progress between our cultures, led by the skiers and Olympians. Thanks to over 100 ski communities inviting their local tribes back to their ancestral lands to ski and snowboard, and people being more open at these environmental crossroads, their traditional Elders, as never before, are able to share their ceremonies to help turn around snow and water droughts and other natural disasters. Bless you and please let us honor you at one of our fun ski events — saluting ‘America’s First Caretakers!’”
Suzy “Chapstick” Chaffee; Olympic Champion Skiier
– Co-Chair, Native American Olympic Team Foundation
(formerly Native Voices Foundation) (Feb., 2005)