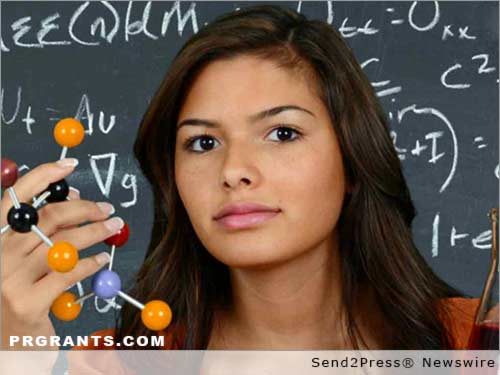 TORRANCE, Calif., Jan. 14, 2016 (SEND2PRESS NEWSWIRE) — Neotrope today announced an extension to the 2016 annual PR Grants program application deadline, for U.S.-based 501(c)3 charities, to February 15. Launched in 2000, the Non-Profit PR Grant was designed to help raise awareness of selected charities to traditional media, to the public, as well as to potential “halo” sponsors and donors.

As part of this in-kind grant program, Neotrope is providing news dissemination (through its Send2Press® Newswire service), and social media marketing for the selected applicant charities. Average value of each grant is $2,500 and will be offered to as many as 100 non-profit organizations “doing good” on a local or national level for 2016.

“This year we have received fewer than the normal number of applications, and so we decided to extend the deadline while at the same time choosing the first batch of 2016 recipients from those charities who have already applied,” said Christopher Simmons, member PRSA and ASCAP, and Neotrope CEO.

There is no fee to apply, and applications are being accepted now through Feb. 15, 2016 at http://prgrants.com/. Complete grant participation requirements and disclaimers can be found on the grants website.

About Neotrope:
Since 1983 Neotrope® has delivered services to raise organization awareness including brand identity, marketing, public relations (PR), and social media services. Neotrope is also an entertainment publishing company involved in books, music, software, and online magazines. The company has been at the forefront of many communication and technology movements for over three decades. Neotrope was an Inc. 5000 company in 2009, has an A+ rating with the BBB, and is a member of GS1. Information: http://www.Neotrope.com/.

About the Non-Profit PR Grant:
The Non-Profit PR Grant™ program was originally launched in 2000 to help assist U.S. 501(c)3 worthy causes to raise awareness, attract halo sponsors, and better connect with donors and volunteers. Other PR industry firms have since copied the name, but ours is the original.

Starting in 2013, the Grant was re-named after the company co-founder, the late Dr. J.L. Simmons, PhD, who passed away in 2003. Now the Neotrope PR Grant program is known as the “J.L. Simmons Non-Profit PR Grant.”

Grant recipients are selected by Neotrope/Send2Press staff based on qualified applications filled out and submitted by U.S. based non-profit orgs. Choices for grant recipients are both subjective, and based on overall activities and actual need, as well as best fit for support from the marketing team.

Additional information regarding the Neotrope 2016 J.L. Simmons Non-Profit PR Grant program for U.S. charitable non-profits and grant recipients can be found at: http://prgrants.com/ or on Facebook at https://www.facebook.com/NonProfitPRGrants.

Neotrope is a registered trademark in the U.S. and Europe. Send2Press is a reg. TM of Neotrope. Non-Profit PR Grant is a trademark of Neotrope.